Is It Safe And Beneficial To Use Soft Water In My Boiler? 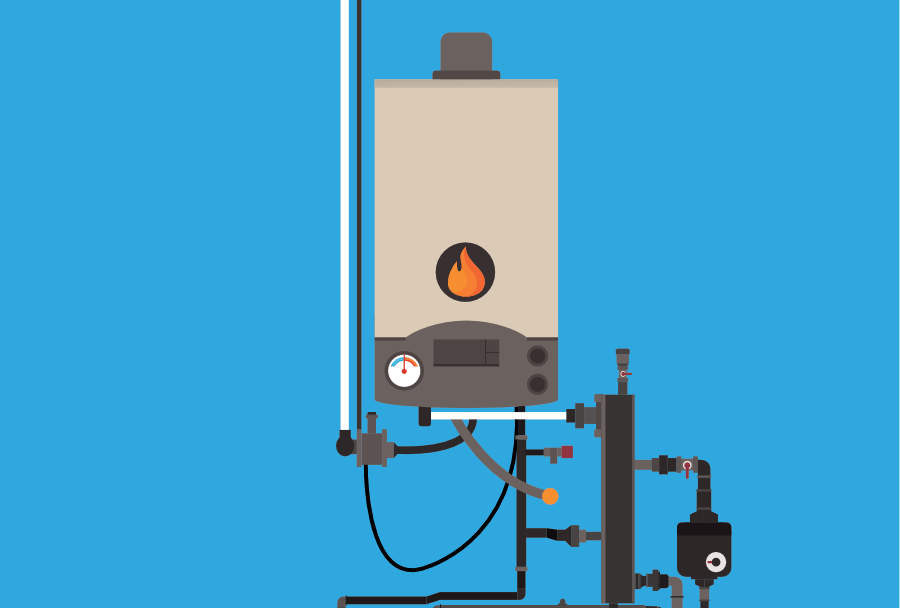 If you live in notoriously hard water areas like East and West Sussex, Hampshire and Surrey, central heating systems can take a real pasting. Boilers and pipework face a constant battle against limescale and other hard water impurities.

The fall-out from can be downgraded equipment and impaired boiler performance.

In 2013, research by the University of Plymouth found that a boiler with no limescale took 90 minutes a day to supply the average home’s hot water, whilst a boiler with 5 mm of scale took more than four hours. With 10 mm of limescale, this rose to more than six hours, adding hundreds of pounds to a household’s annual gas bill.

But it needn’t be like this. The answer is to have a soft water system installed. This can be a salvation – it really can.

One of the questions we are most frequently asked is, is it safe to have soft water in my central heating system?

The answer is, yes, absolutely. Indeed, soft water can actually protect your boiler from the ravages of hard water.

Furthermore, the UK Water Treatment Association (UKWTA) also judged that softened water is perfectly fine if it is used in conjunction with a central heating system. Their website states:

The Regulations
The Domestic Compliance Guide, issued by the Office of the Deputy Prime Minister – May 2006, which
gives guidance on how to comply with Part L of the Building Regulations, specifies the use of some form of
water treatment in hard water areas (>200ppm total hardness) to inhibit lime scale formation to maintain
boiler efficiency. The installation of an ion-exchange water softener therefore provides an effective means of
complying with this part of the regulations. (Please also see British Standard BS 7593:2006 Code of practice
for treatment of water in domestic hot water central heating systems).

The Advice
Very few boiler manufactures prohibit the use of soft water in the primary circuit. However, where the use of
artificly softened water is not allowed, industry advice is that either the softener is bypassed when topping
up the circuit or if possible a hard supply is run to the filling loop at time of installation. Please note, when
filling the primary circuit, an appropriate amount of inhibitor MUST be added, even if using soft water.

“Ion exchange water softeners (such as the ones we install at SJ Water Softeners) effectively remove the hardness salts which lead to lime-scale formation, for example as encrustation around taps, in heating systems and kettles – and sometimes causing “kettling”, boiler noise, in central heating boilers.

UKWTA go on to say that, in accordance with British Standard BS 7593:2006, the code of practice for treatment of water in domestic hot water central heating systems has been updated and now allows systems, including those boilers with a aluminium heat-exchanger, to be filled with softened water, provided that a corrosion inhibitor, specifically formulated for the purpose, is added and properly maintained.

Vailent boilers- In the manual it is rather missleading in as much that it says soft water should not run through the boiler. I called Vailant and asked them explain what they meant. I was told that soft water is fine to use on the hot water side but not on the central heating side. The central heating side has water that constantly circulates through the radiators and does not have any new water introduced to the system. If the system has been drained down in order to carry out a repair or maintenace for example. The water softener can easily be bypassed and allow hard water to fill the system. Thus, eliminating the issue of having soft water in the central heating system.

The two main manufacturers of soft water systems that we supply and install – Kinetico and EcoWater – are world leaders in the field.

The installation of a Kinetico or EcoWater soft water system in your home will not only prevent limescale build-up from occurring in your boiler and central heating system, but they will actually dissolve any unwanted detritus and help return your appliances to their original state.

As leading brands, they’ve fine-tuned their art, creating water softening products, complete with high pressure hoses, that use specially adapted food-grade resins which retain mineral salts that protect against limescale and remove excessive hardness from occurring – throughout your water supply.

EcoWater Softeners and Refiners are the most salt-efficient systems on the market, designed to boost efficiency of typical household appliances, like water heaters, washing machines and dishwashers. And with increased efficiency comes energy cost savings.

Meanwhile, Kinetico and Ecowater Water Softeners, as part of their regeneration cycle, go through three extensive stages to ensure water retains the correct pH levels, for healthy, non-corrosive drinking water, namely; Brine Draw, Slow Rinse and finally Back Wash. Furthermore, the Kinetico and Ecowater Water Softeners complies with the British Standard BS EN 14743:2005, which prescribes requirements for the performance, safety and testing of softeners and is currently the only softeners to have this accreditation.

My promise- If your boiler is damaged in anyway due to one of our water softeners I will pay for the repair or replacement personally.

If you want to discuss having a soft water system in your home, call us today on 01243 607494 or email: scott@sjbs.info. Alternatively, you can contact us by clicking here.