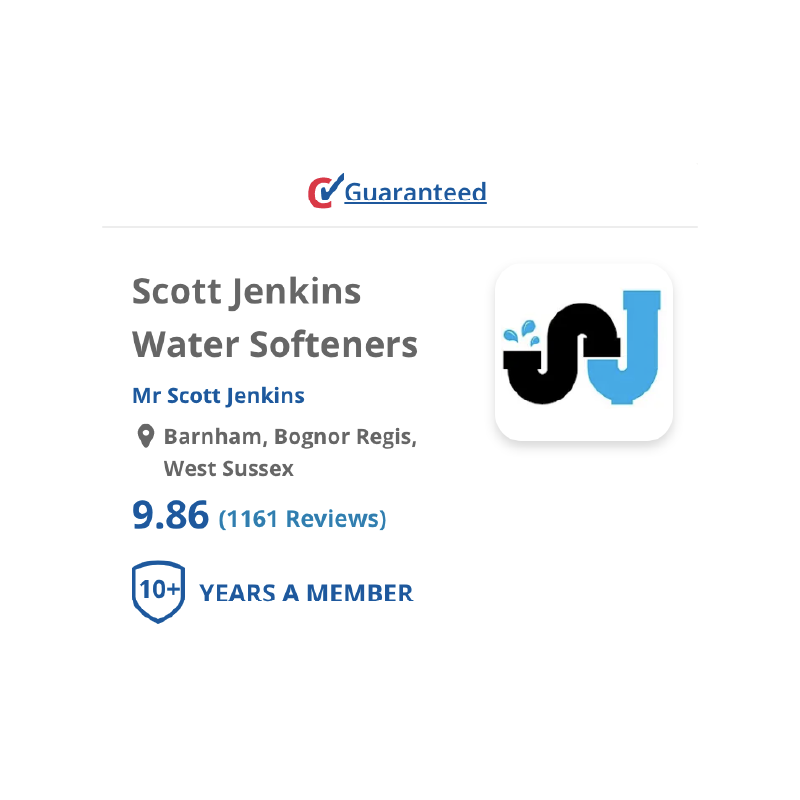 We were delighted to receive confirmation this week that the Scott Jenkins Water Softeners business has been recognised as an Approved Member of Checkatrade for over 10 years.  In fact, we’ve been members since 2008, so we are now well into our 14th year as a Checkatrade-approved supplier.

Checkatrade is regarded as the UK’s No. 1 trade directory, acting as a “middleman” to connect consumers with reputable tradespeople and helping them avoid “cowboys”.  It includes a raft of trades, like builders, plumbers and electricians and, yes, water softener installers, too!

The directory started out life not a million miles away from our Barnham, West Sussex base. It was actually the inspiration of a Selsey resident, Kevin Byrne, who came up with the idea of creating a printed trade directory back in 1998, after a tornado struck the local area and hordes of rogue traders descended on Selsey.

Coincidentally, in 2004, Scott set up his plumbing business in Selsey before establishing the Scott Jenkins Water Softener brand which has since spread its tentacles across West Sussex, East Sussex, Hampshire Surrey and even as far afield as Kent and London. But it all started in Selsey!

Anyway, Byrne’s directory vision was to vet honest-to-goodness operators, who could be trusted to complete jobs in a professional manner. The business grew rapidly, becoming a national enterprise which has now gone to assess over 36,000 members across the UK. Based in Portsmouth, over one million people now use Checkatrade every month to source trades with a sound reputation.

Crucially, it also acts as a sort of licencing scheme, rooting out people who aren’t adequately insured to carry out the required project.

Meanwhile, a number of UK council trading standards departments have partnered with Checkatrade, including East Sussex , Surrey and Kent – all areas that we serve.

Speaking about the 10-year recognition, Scott said: “Becoming Checkatrade accredited was an important stepping-stone. Over the years, it has connected our business to an untold number of clients, many of whom say that Checkatrade gave them the reassurance to select us for their water softener products, installation and service. Long may Checkatrade continue to provide such an invaluable service to both consumers and business owners, such as myself.”

If you’d like to view our Checkatrade page head here.